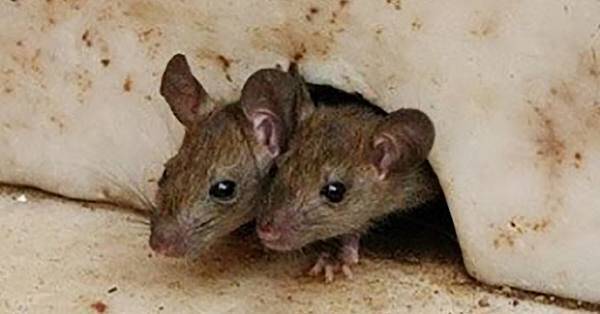 If an adult mouse or rat was in front of you, would you be able to distinguish between the two? Well, it really doesn’t matter to you because you want it gone. But For Truly Green Pest Control, It makes a difference on how we will eliminate them from your property.

Some homeowner experiences are as unsettling as discovering that rodents may have taken up residence in your wall space, attic, crawl space or garage. But is a house mouse or a rat responsible for that damaging and squeaking you hear? Who actually or what is taking nibbles out of the treats you assumed were safely stowed in your pantry?

Before you set out rodent traps or engage in buying a rodent eating animal, it is wise to get the identification of the pest first, before you waist a lot of money. Rats and rats may be related, but every single animal has its own biological and behavioral distinctions, and while one strategy of extermination may work for rats, it may not be as effective if applied to mice (and vice versa). Well, this is what we will try to help you with.  Mice vs Rats?

1. The Difference in Droppings

Both rats and mice are nocturnal, meaning they are most active after sundown. Foraging and feeding at night, when most large predators are asleep or otherwise occupied, is a key to rodent survival. However, this means that you may never actually spy a mouse or rat active in your home. You are much more likely to be tipped off to the presence of mice or rats in and around your home by their droppings.

If you find mounds of droppings roughly a quarter inch in length and sporting pointy ends, you are likely dealing with a mouse.

If the pellets are longer (up to three-quarters of an inch), more brick-like and less plentiful, prepare for rats.

Whatever the case, be aware that rodent feces contain pathogens that could possibly spread to humans. The Centers for Disease Control and Prevention (CDC) advise exercising caution in handling and disposing of this material.

Both mice and rats are opportunistic feeders and will feed on whatever is available. However, you may find that mice prefer their carbohydrates fresh to dried, and they supplement their diet with meat. Everything from bagels to popcorn to raw flour can be tempting to mice, but rats are more likely to scavenge on animal carcasses and to be attracted by any canned fish, peanut butter and even pet food they can gnaw on.

Mice like to build their nests as close to a reliable food source as possible. They are much more likely to be found in your walls or in vulnerable areas around your kitchen (such as under the sink). Mice also like to be cozy and will hoard any soft, fibrous material — paper, dry grass, strips of old clothing, even your home’s insulation — to construct beds.

On the other hand, some species of rats are diggers. They prefer to burrow into the ground or underneath clutter, and to make their routine expeditions from underground.

Regardless of whether mice or rats have made a home in yours, they’re very good at breeding. That means that rodent populations can grow large very quickly. An integrated pest control plan is the best way to manage and help prevent an explosion in rodent population in your home.

4. MICE AND RATS ARE UNFRIENDLY NEIGHBORS

Rats will kill and eat mice. This practice is known as muricide, and scientists have been studying the reasons for this behavior for decades. Moreover, while the two most common invasive rat species, the Norway rat and the roof rat, favor very different habitats, they are natural enemies. If they come into contact with each other, conflict will ensue. The Norway rat is both more muscular and more aggressive, and typically emerges victorious in these clashes. Consequently, if you do have a rodent problem, it is almost certainly a rat or mouse problem, not a rat and mouse problem.

5. SIZE MATTERS, BUT SO DO SHAPE AND PROPORTION

A rat is more than just an oversized mouse. If you do catch sight of a rodent that has ventured into your home, look for the following distinguishing characteristics.

A mouse’s head comes to more of a point than a rat’s, which is more wedge-shaped. A mouse’s head looks small on its body, while a rat’s head is more proportionate.

A mouse’s eyes appear large relative to the rest of its face, while a rat’s look small or beady.

A mouse’s ears are larger relative to the size of its head than a rat’s.

On average, a mature mouse weighs less than an ounce, while a male adult rat can weigh as much as a pound.

Both mice and rats come in shades of brown and gray; however, rats tend to be shaded towards dark browns and even blacks while mice frequently sport light brown and gray highlights.

Rat fur is wirier and rougher around the edges than mouse fur.

A rat’s tail is nearly as long as its body, and should look thicker and scalier than a mouse’s tail. GET RODENT CONTROL >