How The Queen Ant Operates 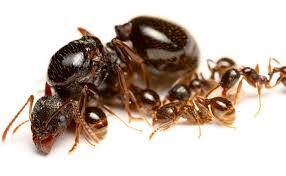 How the Queen Ant Rules Her Colony 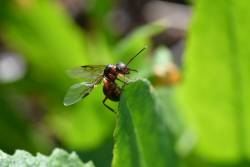 Related > All About Insect Ants

Ants are oviparous insects, meaning they lay the eggs and hatch them as well. Ant eggs are part of a mechanism that allows eggs to be layed in great numbers… into the thousands.  Females are the main producers, but not all are capable of this task. You may have seen ants with wings. This particular Ant is a king or queen possibility. Imagine…King of your own people (ants) and all the responsibility the comes with it.

How Does a Queen Ant Become Queen?

Ants go through stages called metamorphosis.  One insect that comes to mind is the caterpillar. You see them go through metamorphosis and become a butterfly. Ants go through the same transformation and take on a role of worker, queen, or male. If you are lucky, you get the royal jelly. That means you are eating the good stuff and may become a queen.  Females are the predominant workers. Metamorphosis can take up to months to complete and maybe as a few weeks, depending on the conditions provided. Influencing factors include the environmental conditions and the species. If you ever get a queen ant, you can almost say they can live as long as you.  They can live up to 30 years. That’s a long time together.

What is the Queen Ant’s Role in the Colony?

There are two responsibilities the Queen ant must do. Number 1 is the queen starts the colony. After the queen matures in her colony she was born in, she will then fly off to meet a male ant.  They will mate and produce the first batch of eggs. At this time the Male ant is not needed. The eggs are then hatched and turn into larvae and metamorph into worker ants.  The second thing for the queen to do after she prepares the workers to help with the colony is to lay eggs to populate her dynasty.

There is no number of eggs the queen can produce. The eggs in her lifetime can reach millions. She may be the queen; however, she may not receive any special treatments besides, the grooming, the feeding, the loving…Well she is the queen.

Related > What Is an Ant Colony?

What Happens When4 the Queen Ant Dies?

If the queen dies in the colony the workers will probably die off too. The workers are loyal to the one queen. Especially if that queen ruled for years. But in most colonies, there is more than one queen ant. There are successors. One dies and the other takes the throne. Like the show Game of Thrones…Queens are always on the lookout on taking on another colony that will make them have more power.  Constant war and invasion are the name of the game for ant survival.

Are you tired of seeing ants around your home? Do you have ants with wings? You may have colonies all over your property.