How to Get Rid of Ghost Ants?

HomeHow to Get Rid of Ghost Ants?

What are ghost ants? 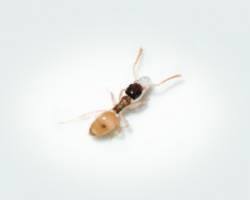 Ghost ants are tiny, translucent creatures that are often found in tropical regions. These ants get their name from their pale coloration, which makes them nearly invisible against the background of their environment.

Ghost ants are also known for their agility and speed, which makes them difficult to catch. In addition to their physical abilities, ghost ants also have a potent venom that can cause serious health problems in humans.

Although ghost ants are not typically aggressive, they will defend their nests if they feel threatened. As a result, it is important to be careful when handling these creatures.

How Do I get Rid of Ants?