Is The Wolf Spider Piosionous? 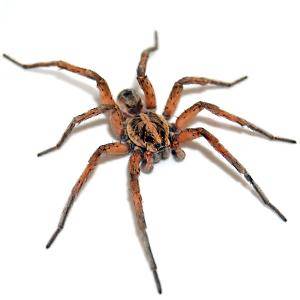 Is The Wolf Spider Piosionous?

21 days ago by Rob Allen in Bugs and Diseases 0

The wolf spider is very common in Kansas and Missouri. There are over 125 species of wolf spiders spread across the country that have bee identified.  These spiders cab grow up to two inches and consuderec to be one of the most dangerous spiders in the world.  However, the bite is not known to be deadly.

What You Need to Know About Wolf Spiders

Wolf Spiders can grow up to 1/2 to 2 inches. They can be intimidating. The name wolf comes from the actual predator wolf. As it stalks and leaps on to its prey as it goes buy. Not other spider has those characteristics.

Wolf spiders habitat is in the woods, grassy areas, wood piles and were ever they me a presence of insects to prey upon.

Wolf spiders can venture indoors to avoid changing temperatures during the winter months.

Its not uncommon to find them in the grass as they burrow into leaves are on the edge of your home. Inside they can be found around window seals, doors and even in the garage.

You will rarely find this spider suspending from the ceiling. It prefers the ground, where the action is.  It is also called grown spider and the hunting spider.  This spider actually hunts its prey down at night. Not by web but by stalking and running their prey down.

Unlike the orb-weaver spider, which operates primarily by feel, the wolf spider uses its vision to communicate. For example, when a spider waves its front legs to another wolf spider, the second spider knows exactly what is meant.

Like most insects, the wolf spiders will bite if disturbed by accident. It is not a dangerous spiders per say,. however the bite is painful and do not cause death.

Many people are allergic to spider bites or any insect bite. You should seek medical help for precautionary measures. .

Any spiders that dwells on the exterior is fairly difficult to get rid of.  You may have to spray it directly to eradicate it. Remember, they are elusive and can be hard to find because of the cover of the landscape and leaves.

Exclusion is the best spider treatment to stop them from entering your home. Start by sealing cracks, crevices, gaps and other openings in the home structure, foundation, and around doors and windows. Doing maintenance such as removing unnecessarily items such as newspapers , and keeping  your house clean will definitely keep spiders from harboraging in your home.

In some cases fogging your home in extreme situation will remove spiders from your home. However, such pesticide is dangerous around you, your family and pets.  Try to eradicate them using natural pest control for safe removal.

An exterior spray can help remove spiders from the foundation of your home. Truly Green Pest Control offers natural care for spiders on the interior and exterior.

If decide to tackle this type of treatment on your own, make sure you follow the label of the product you use to limit risk to you and the environment. Make sure the label is intended for the target pest involved/