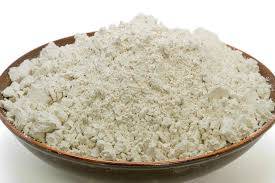 What is is Diatomaceous Earth?

Diatomaceous earth consists of the fossilized particles that is very small, marine organisms called diatoms. Their skeletons are constructed of a material that is natural silica. Over a length, diatoms built up in the sediment of rivers, streams, lakes, and oceans. Currently, silica deposits are mined from these areas.

The silica found in nature makes up the earth crust. There are all types of silica from sand, quartz, clay asbestos, sand and glass. In order to get the silicon first most be broken down to perform from its purest form to perform the stuff that creates the diatomaceous earth.  It must react with water and oxygen  to form the silicon dioxide.  In the 1960 the pesticide first made of this material was formed from silicon dioxide to destroy insects such as bed bugs, and mites.  Today diatomaceous earth is used against bed bugs, cockroaches, crickets, fleas, ticks, spiders, and other insects. It is the purest and organically sound pest control today.

DE is not a poison product. However the label must be followed as all products. The great part about this product is, you do not have to ingest it to be effective. Insects will die simply by having it on the skin. When that happens, the product will cause the insects to dry up by removing the oils and fat from their protective cuticle exoskeleton. The product will last as long as it stays dry and undisturbed.

One of the ways you get exposed to DE is through skin contact or inhalation.  Whenever dust is used you should always were a mask to prevent accidental inhalation. Diatomaceous Earth can irritate the nose and nasal passages and cause breathing difficulties.Always read the label.  One of the  other ways is skin contact. DE can irritate your skin as it can dry out your skin rapidly as it does the insects.

Which Pests Does Diatomaceous Earth Control?

DE controls insects including roaches, silverfish, spiders and even fleas.  Even in chickens this dust can control lice.  Diatomaceous earth is used at farm homesteads…good for fleas on dogs and parasites in horses, and pigs.

How to Kill Cockroaches With Diatomaceous Earth


Roaches are disgusting. They spread germs. DE acts as a natural killer for the roaches. The dust gets on their bodies and dries their cuticles. You can make your own natural repellent by mixing 3 ounces or rosemary or garlic essential oil and 1 teaspoon of dish-washing soap into 1 gallon of water and spraying it in the affected areas.

Robert Allen, CEO and founder of Truly Green Pest Service of Kansas City. Best Pest Service Kansas City! Truly Green Pest Service Kansas City is a company that was born after witnessing what traditional pesticides would do to our environment. It became clear that the industry was shifting away from pesticides. We are natural and organic. We use essential oils as our base product. Customers on a regular basis tell us everyday that they are glad they found us. 2017 was a turning point in Truly Green Pest Control. People would always ask; ” Are you guys really Green?” Our answer was simple.. I would never use anything that would cause harm to myself and team members. In 2013, I had a major illness that sidelined me for a few years …until 2017. During that period I had plenty of time to reflect on my 25 years in the pest control Industry. I wanted to be as green as possible. In 2017 I had a heart transplant . I received a second chance in life. With that second chance in life, I wanted to make sure our company was green, truly green! My customers include people who have:

Any cookies that may not be particularly necessary for the website to function and is used specifically to collect user personal data via analytics, ads, other embedded contents are termed as non-necessary cookies. It is mandatory to procure user consent prior to running these cookies on your website.