Boxelder Bugs In Your Home 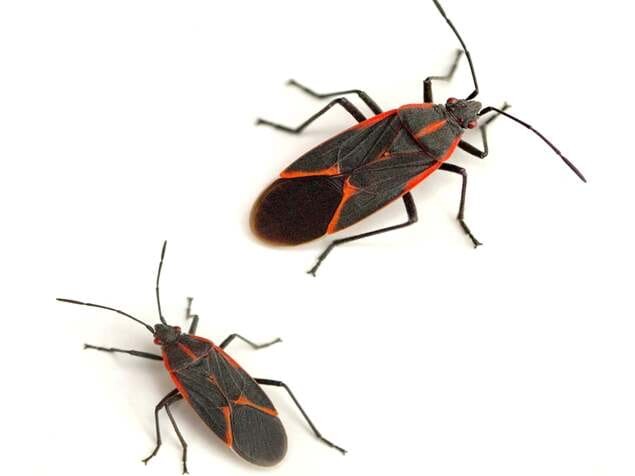 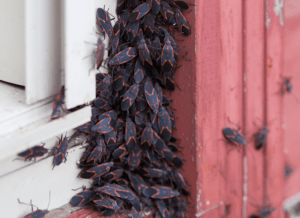 Boxelder bugs can occur in large numbers during spring, primarily on boxelders but also on other maples as well as oks and ailanthus.  Adults or larvae take sap from seeds, flowers and leaves but cause little damage. In the fall they congregate on the sunny side of buildings. They also enter homes to overwinter. The similar western boxelder bug ranges from British Columbia and Idaho south to California, Arizona and Texas.

How To Get Rid Of Boxelder Bugs?

In order to prevent boxelder bugs from invading homes, repair holes in window and door screens, seal cracks and crevices with a good quality silicone or silicone-latex caulk and install door sweeps to all exterior entrances.

When getting rid of boxelder bugs that have already entered a home or building, no attempt should be made to kill them in wall voids because dead insect bodies can attract dermestid beetles (larder beetles, carpet beetles, etc). Experts recommend waiting until summer when all live overwintering adults are out of the wall voids. To provide temporary relief during this time, consider using a vacuum cleaner to get rid of the boxelder bugs. The bag should be removed to prevent the bugs from escaping. Then, seal up any entryways into the living space – window pulleys, window and door frames, baseboards, etc. – to prevent a future infestation. For electrical outlets, switch boxes, heating ducts and return air vents, remove the cover plate, seal and replace. For light fixtures and ceiling fans, remove the fixture to its base plate, seal and replace.

If a boxelder bug infestation is suspected, Truly Green Pest Service Can map out a solid natural remedy for the elimination of Boxelder bugs.

Remove Boxelder Bugs from Your Home